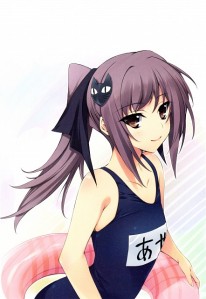 It’s that time of the month again where the stars align and the numbers fall into place. The sands of time continue to fall amid the sweltering heat, eroding all it touches and propelling what remains into uncharted territory.  Although the adventurer forges on, he knows not whether what awaits at the end of the desert is an oasis or certain doom.

And so, we keep marching on in the heat wave, albeit slowly. Comrades will fall and become a feast for the vultures, others will stray off the beaten path, and if the universe allows it then only a select few will bask in the warm light waiting at the end.

It’s been about a year since this project was started up by two bright and persistent individuals, Darkquake and Oystein. Since then there have been many obstacles placed before us, causing us to stumble and almost fall in the process. Though the future is fraught with uncertainty let it be known that those staff members still in the spotlight will do their best to carry this project forward, even if only one man remains standing.

Work on the common route is proceeding as planned. No estimated release date is set in stone for the patch. When we have more news on this matter we will of course publish an update.

Well, colorful words and reality aside, without further ado here is this month’s update:

Overall translation progress for Lovely x Cation is at 21%.

As a reminder, I update the progress tab every few weeks. If after that time has passed you find that progress is the same then it means that progress was negligible, hence the lack of a 0.5% or anything of the sort added to the total percentage. In any case, here’s to another month through the scorching summer heat in the hopes we make it through alive.

7 thoughts on “Where Art Thou, Oh Summer Oasis?”